Complementarity and abundance as a principle of order in the Amazon

For the Amazon indigenous peoples, the creation of the forest and the territorial ordering of the world are based on the complementarity of the feminine and the masculine, as well as in the conjunction of the physical and the spiritual.

In the Amazon indigenous cosmovisions, the body is much more than a set of parts that form a living being: the body transcends the biological and is understood from their habits, that is, what they eat and how they do it, how they get sick and how they heal, their daily activities, the way they move and how they procreate. That is, the body gathers nature and culture because it is defined from the way of perceiving, inhabiting, and transforming the world.

The principle of complementarity

Good governance of the world depends on men and women fulfilling their roles fully and complementing each other in a comprehensive manner. Complementarity and interdependence are aspects that make life possible, and are present in the relations between men and women, in everyday spaces, rituals, and organizational. In the latter area, complementarity is essential to ensure the reciprocity, interdependence, and balance of life, as well as to build comprehensive governance in a collaborative manner.

The female body is different from the male body to the extent that each person is ritually "manufactured" through diets, ceremonies, rites of passage, etc. throughout their life. It all depends on whether you are a man or a woman, as your body develops skills and knowledge for specific jobs and roles based on complementarity. 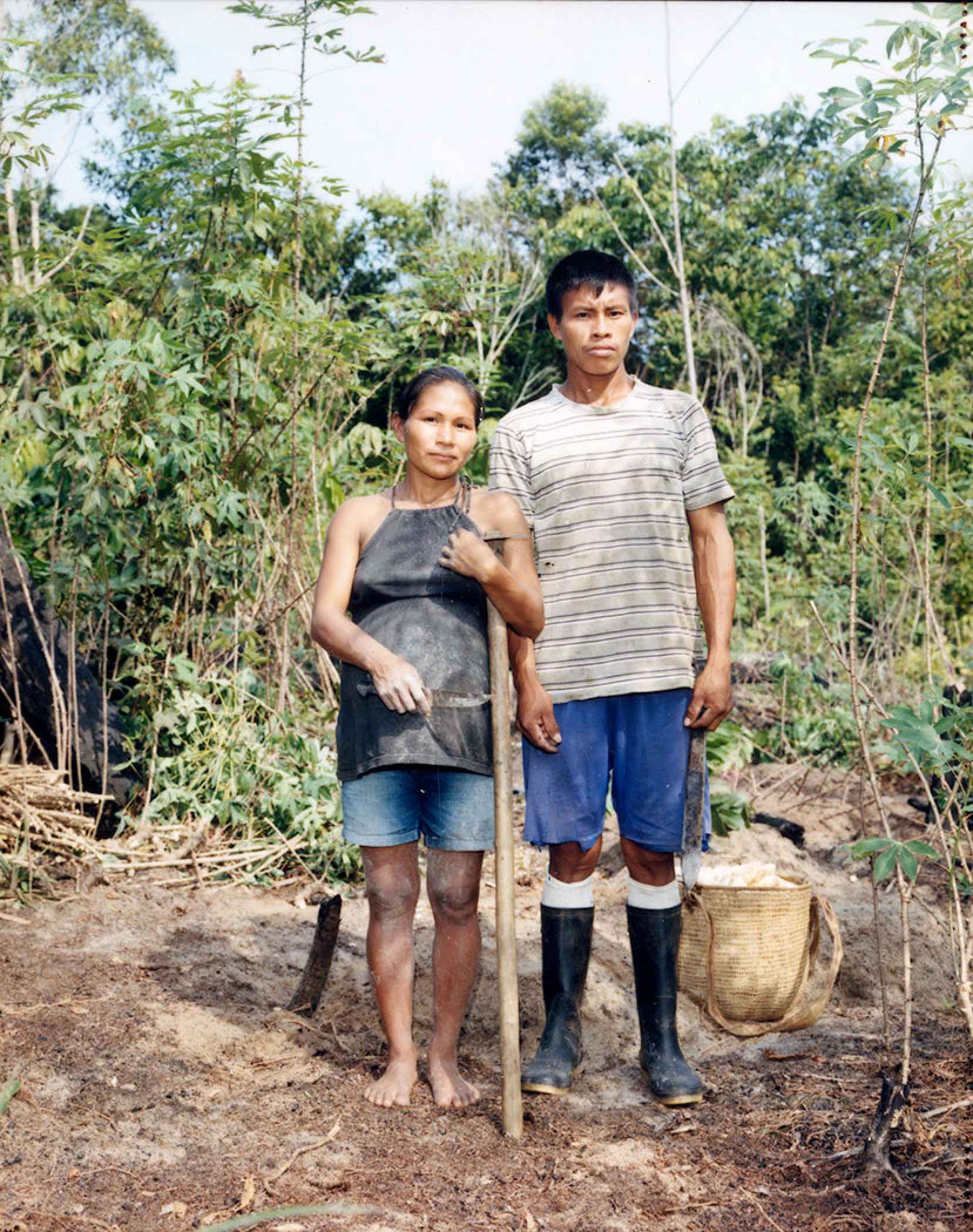 In the origin stories, understood as the narrative that explains the existence of every being in the world, the territory is the reflection of creation and woman is the constitutive essence of the earth through her body, from which all creation emerged, knowledge and tools for its management.

For example, for the indigenous peoples of the Yurupari Macroterry, the world was created by ~robi ~kubu (Shaman Woman) identified with mother earth, who possessed the knowledge and wisdom for the management of life, which were eventually acquired by the Ayawa (male gods). Here, the myth describes the creation of the landscape, the territorial ordering of the world, the normativity for its management, and the complementarity between the feminine and masculine that constitute the forces necessary to sustain the balance required for the conservation and reproduction of life in these territories.

According to the origin stories of groups of the same cultural affinity, the cultivated food is born from the body of a woman named Yawira who is Yeba’swife. Yawira, Goddess of fish, daughter of the fish anaconda, made the cassava appear to be the origin of cassava in this world. She took the finger of her mother’s left hand, which became the cassava seed, and then the classes of cassava seeds increased and were distributed and cultivated in different parts of the Amazon. 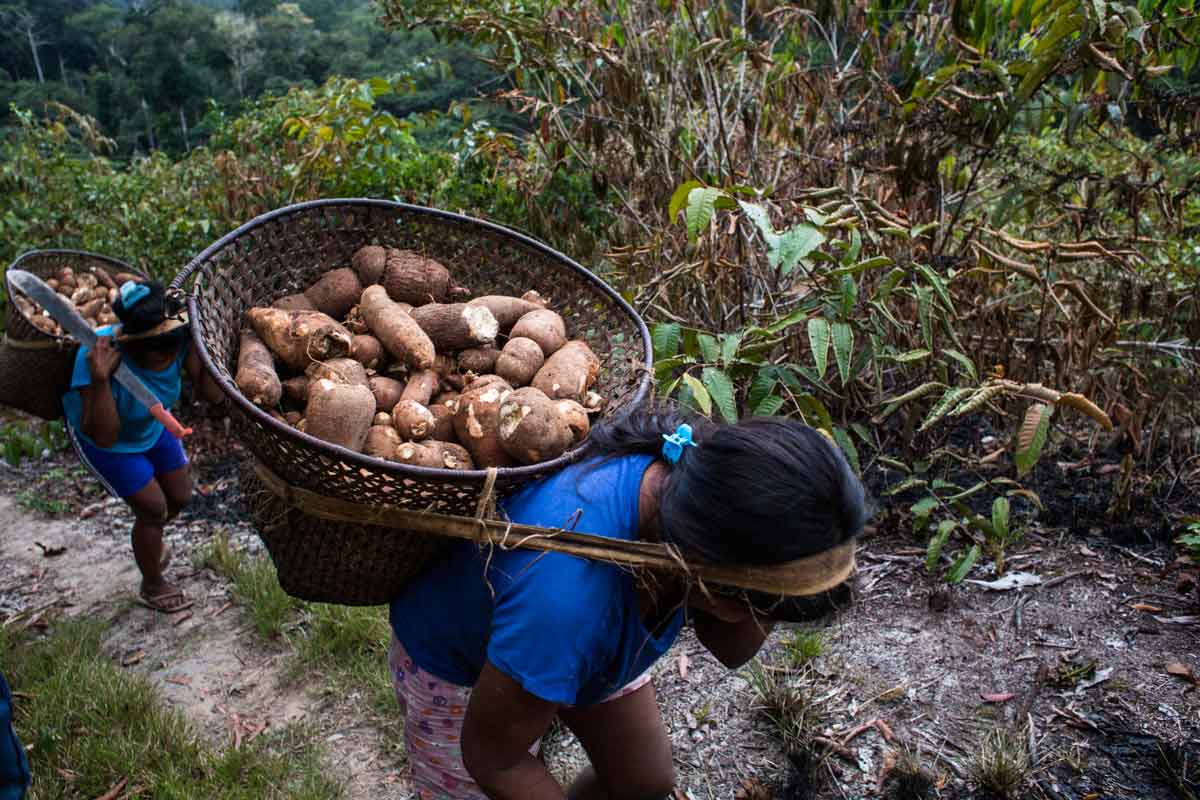 In the story of Yeba and Yawira, cassava was given to women and coca to men which makes them essential elements to sustain a maloca and life as a couple. The closeness between these elements is such that it is believed that the body of the man is made of coca and that of the woman is made of cassava starch and without both elements’ reproduction is impossible; as Cayón explains (2001) "this is the meaning of agriculture and of the marriage alliance in which cassava and coca are the metaphor of human and natural biological reproduction".

The diverse Amazon that we know has been the product of a relationship of dependence and reciprocity between the forest and those who inhabit it: the indigenous peoples. The processes of tumba, burning, cultivation, and abandonment of the land on which chagras are established have facilitated the revitalization of the forests, "selecting and encouraging the proliferation of palms and trees that produce edible fruits from which fish, animals, and people feed"1.

This, added to the definition and respect for the periods defined in the ecological calendars, enable the reproductive cycles of animals, insects, plants, and all the visible and invisible beings that make up the territory. In addition, all activities must have shamanic work, to ask permission from the owners of everything that exists there and to thank for what is provided. Without shamanic labor, all labor is sterile, meaning that the Amazon rainforest is a culturally constructed space that depends on shamanistic intervention for its preservation. 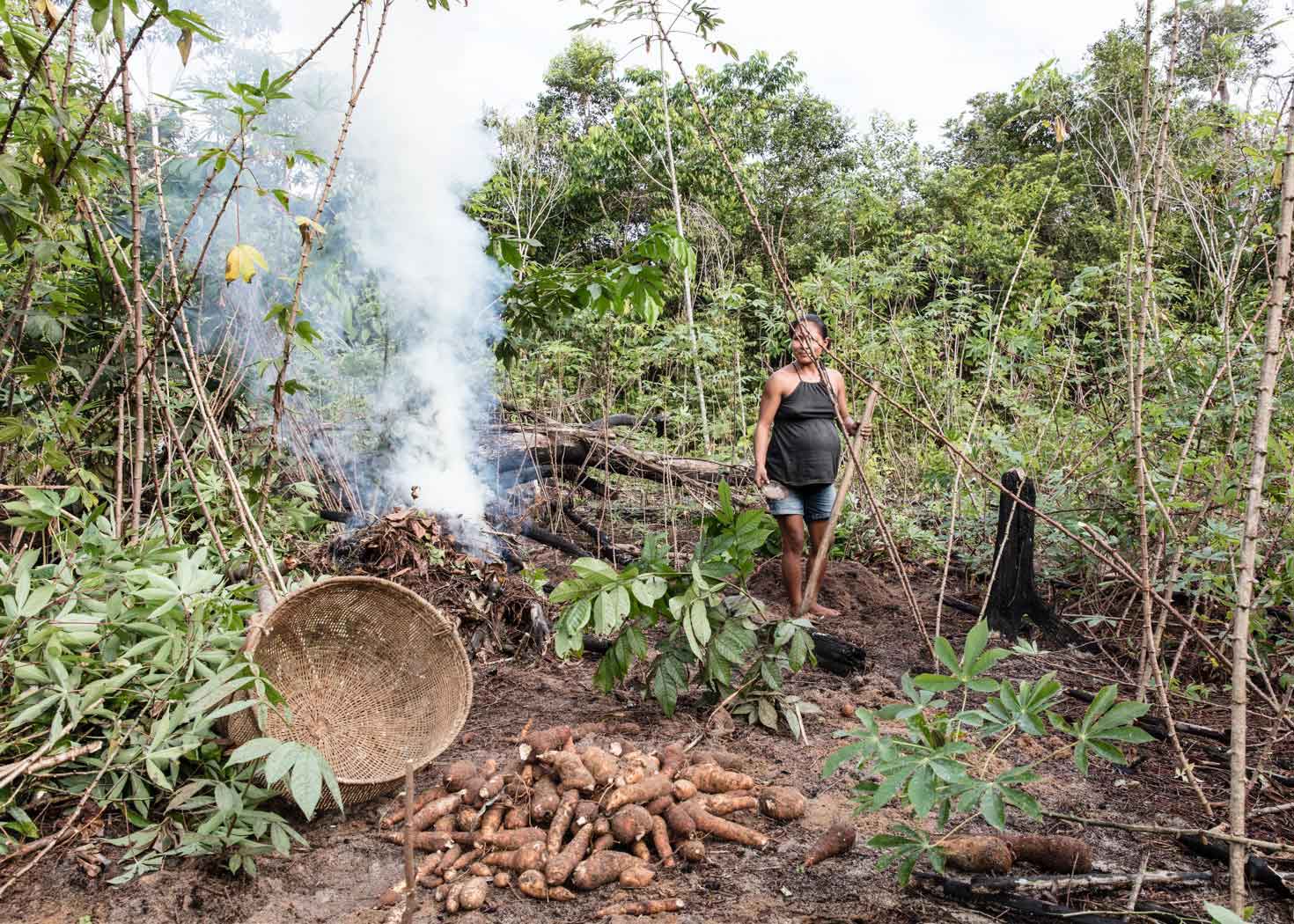 Thus, and as explained in the metaphor of yucca and coca, the reproduction of beings is based on the practical, the symbolic, and the cultural, since all relationships are mutually dependent and allow to understand that the universe is a total system where the human being is only one part.