What is ecosystem and cultural connectivity between the Andes, the Amazon, and theAtlantic?

Numerous studies[1] show that safeguarding parts of the forest by creating isolated Protected Areas, while vital for immediate conservation, is not a sufficient measure to guarantee the integrity of ecosystems. So how to protect the world’s best preserved continuous tropical forest?

Origin stories of the Amazonian peoples tell that anacondas traveled from the Atlantic trough the Amazon River and its tributaries distributing life, and giving each human group their territory and the corresponding management laws to maintain balance and the flow of vital energy. Along this route, are the points that make up the system of sacred sites, networks of key places for conservation and integrated in the management of indigenous peoples. This approach to the management of the Amazon, based on the stories of origin, is one of the cultural bases, the support and the inspiration to carry out joint actions to maintain ecological and socio-cultural connectivity between the ecoregions of the Andes, the Amazon and the Atlantic Ocean, a vision also known as the Path of the Anacondas, alluding to traditional knowledge.

This is a regional commitment to ensure ecological, social and cultural connectivity in the north region of the Amazon River in order to maintain its close relationship with the two great bioregions with which it borders, the Andes and the Atlantic. This area has the most intact portion of tropical rainforest on the planet, and this vision is a commitment to maintain the high biodiversity that this region hosts, giving resilience to the system as a whole, to maintain life support systems such as the water cycle and the carbon cycle, among others.

Ecological connectivity means the uninterrupted movement of species and the flow of natural processes that sustain life on Earth,[2] a condition without ecosystems cannot function properly. Therefore, without it, biodiversity and other life-saving elements are put at risk. Forests such as the Amazon, due to their geographical location, ecological attributes and extension, play an important role in the regulation of the global climate, a reason why scientists have classified this type of forest as "climate-protecting forests". [3] 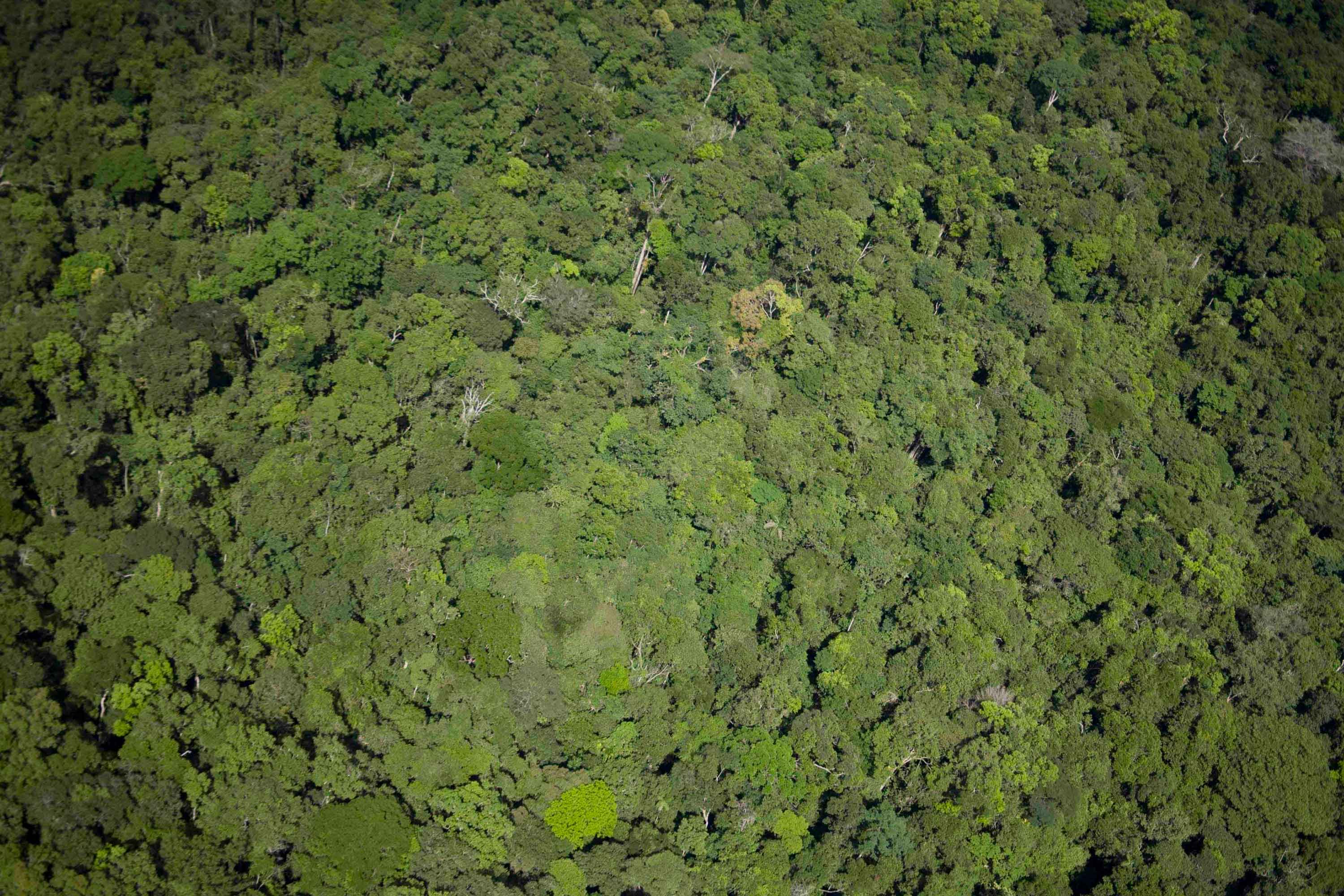 Some efforts have been made in different countries of the north region of the Amazon River that contribute to this vision, so today much of this region is under some form of protection forming ecological-cultural mosaic complexes with fields of action at local, regional, national and international levels.

Civil society organizations, with a shared vision of the Amazon as a system, have come together to advocate for the Andes, Amazon, Atlantic Connectivity initiative and formed an Alliance to do so. This joint interest has given life to the North Amazon Alliance, made up of 8 NGOs working in the region. All of these organizations have more than 30 years of experience, capacity for action on the ground and a vision for scaling up successful strategies, whose impact on Amazon conservation has been demonstrated. Their contributions are vital to the consolidation of connectivity and the strengthening of the governance of indigenous peoples and local communities. Furthermore, their joint actions respect the sovereignty of the Amazon countries, and the autonomy and self-determination of Indigenous Territories that are part of the area, motivating other key actors in the region to define their own connectivity strategy.

What area does this initiative cover?

The Alliance’s work area is concentrated in the north region of the Amazon River. It has an area of approximately 265 million hectares and includes the entire Colombian Amazon and part of Brazil’s, Ecuador’s, Peru’s, French Guyana’s, Guyana’s, Suriname’s and Venezuela’s. 80% (180 million hectares) consists of 2,003 Indigenous Territories with unique ways to manage the forest over 112 million hectares, and 222 Natural Protected Areas over 91 million hectares. Additionally, it includes areas without specific protection categories and around 440 rural and urban centers.

Why is connectivity important?

The connectivity of the Amazon with the Andes mountain range and the Atlantic Ocean is a fundamental condition for guaranteeing life, on which the original peoples who guard the forests depend, as well as for the regulation of the climate of the planet. Here are those life support systems that make this initiative so important:

Through the process known in ecology as evapotranspiration, each tree absorbs water through its roots and releases it into the atmosphere as a vapor. With such a high number of trees in the forest, a vacuum is created due to the change of pressure by the released steam, which causes moisture to travel from the Atlantic along the Amazon to the Andes, with the help of winds. 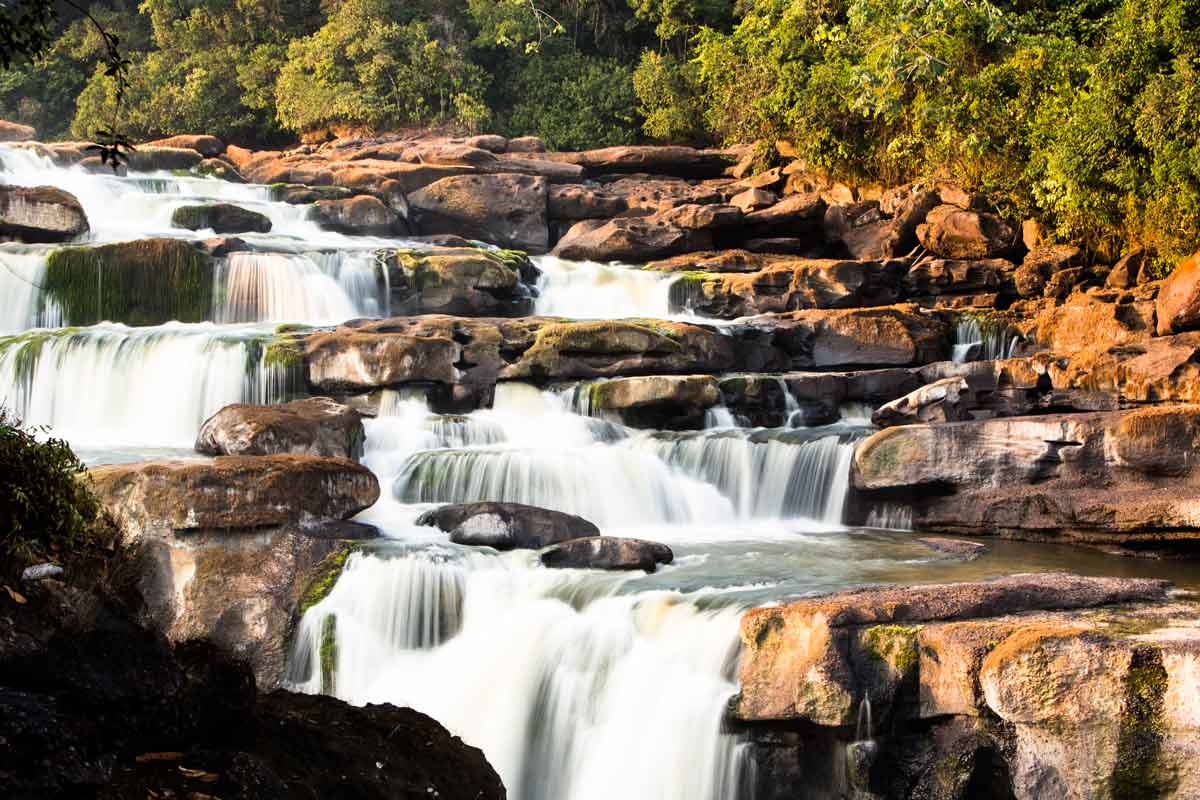 A 20-meter-diameter tree from the Amazon rainforest transpires up to 1,000 liters of water a day, so it’s estimated that the Amazon forests release 20 billion metric tons of water per day that travel through flying rivers, through the clouds generated by the evapotranspiration of the trees. These so-called "flying rivers" or large flows of water travel in the form of clouds causing rain over 3,000 kilometers away. In their journey, they not only supply the Andes with water, but also influence the rainfall patterns of distant regions such as southern Brazil, Uruguay and Argentina, and the agricultural cord of the great American plains. Therefore, they are fundamental to the water cycle of the entire continent.

Another ecosystem service that its guaranteed by consolidating connectivity is climate regulation. In fact, scientists like James Lovelock claim that these forests help keep the temperature of the planet one or two degrees colder. How? Evapotranspiration of trees promotes the creation of white clouds with high albedo, that is, they cause sunlight to refract and the earth to maintain its temperature. In addition, the water that transpires from a tree cools the equivalent of two domestic air conditioners in one day, and is estimated to be 400 billion trees across the Amazon.

Connectivity enables species transit, seed dispersion and genetic flow by ensuring biological diversity, which makes the system more resilient[4]. What does this mean? The connectivity of ecosystems allows the functionality of ecosystems and biodiversity. Since the 1970s, it has been shown that isolated areas of forest lose their functionality and tend to degrade biodiversity in them, with serious consequences for ecosystems, their functioning and their regulatory capacity.[5] In addition, connectivity decreases the extinction rate by enabling species transit, as well as seed dispersion, gene flow and colonization of suitable sites[6]. Along with this, it facilitates seasonal and daily migrations across a variety of habitats, contributing to the preservation of biodiversity and ecosystems, and to the recovery of the landscape.[7]

It should be noted that by safeguarding gene flow between populations, they ensure that species are more able to adapt to climate change.

Safeguarding connectivity in this vast region not only ensures the protection of environmental factors, but also promotes the connectivity of human relations, linking the scientific, academic and institutional community, and between rural and urban organizations.

This ecological-cultural mosaic, that extends beyond political borders, is an opportunity for a comprehensive management of the region. It can be seen as a center of innovation since it has a high technical, scientific and economic potential that seeks new possibilities and solutions to coexist with nature.

This is an opportunity to listen to each other, to understand how we can relate more respectfully to our environment, and how we can share successful solutions to be replicated. Only through dialogue between different systems of thought will we find the answers to address the great challenges of today

The North Amazon Alliance is made up of eight NGOs from different countries in the region:

Guyana Society for Biodiversity and Ecosystems

This is how the negotiation...

Between March 14 and 29, the Biodiversity Pre-Conference of the Parties was held in Geneva, Switzerland, PreCOP.

On April 29, 2021, the Constitutional Court ruled on the tutelage imposed by the indigenous governments of the Macro-territory of the Jaguars of Yuruparí.