By: Alianza 'Listen to the Amazon*

People often talk about the opportunity that biodiversity represents for the country. Colombia is the second most biologically diverse country on the planet and has the privilege of being among the nine countries that share the Amazon, the largest and most biodiverse tropical forest in the world. However, this opportunity is usually examined from the point of view of the benefits that nature represents for the human species or in terms of the great advantage for the fulfillment of international commitments, associated with the climate change and biodiversity protection agendas. Little goes into the reasons associated with its importance, how definitive its maintenance is for our lives, and the path that will allow us to ensure its protection in an effective way.

An example of the lack of clarity that exists regarding the protection of biodiversity is related to the Colombian Amazon. This region represents 44.3% of the country and covers 10 departments, almost half of the territory. Its importance is due to multiple reasons: i) it is the region that makes life possible thanks to the multiplicity of relationships and encounters that take place between different species, including humans, which with their forms of life and political and cultural organization contribute to its preservation; ii) it is the region where a large part of the water we consume in cities is born. It is estimated that in the entire Amazon biome there are 400,000 million trees that, after evapotranspiration processes, form large flows of water and produce rain more than 3,000 kilometers away. The water that is born in this jungle feeds the life of other regions, from the Andes to the La Plata River; iii) it is a fundamental region due to its capacity to capture carbon and its contribution to the natural balance of the planet. According to WWF figures, Amazonian forests retain between 90,000 and 140,000 million metric tons of carbon. 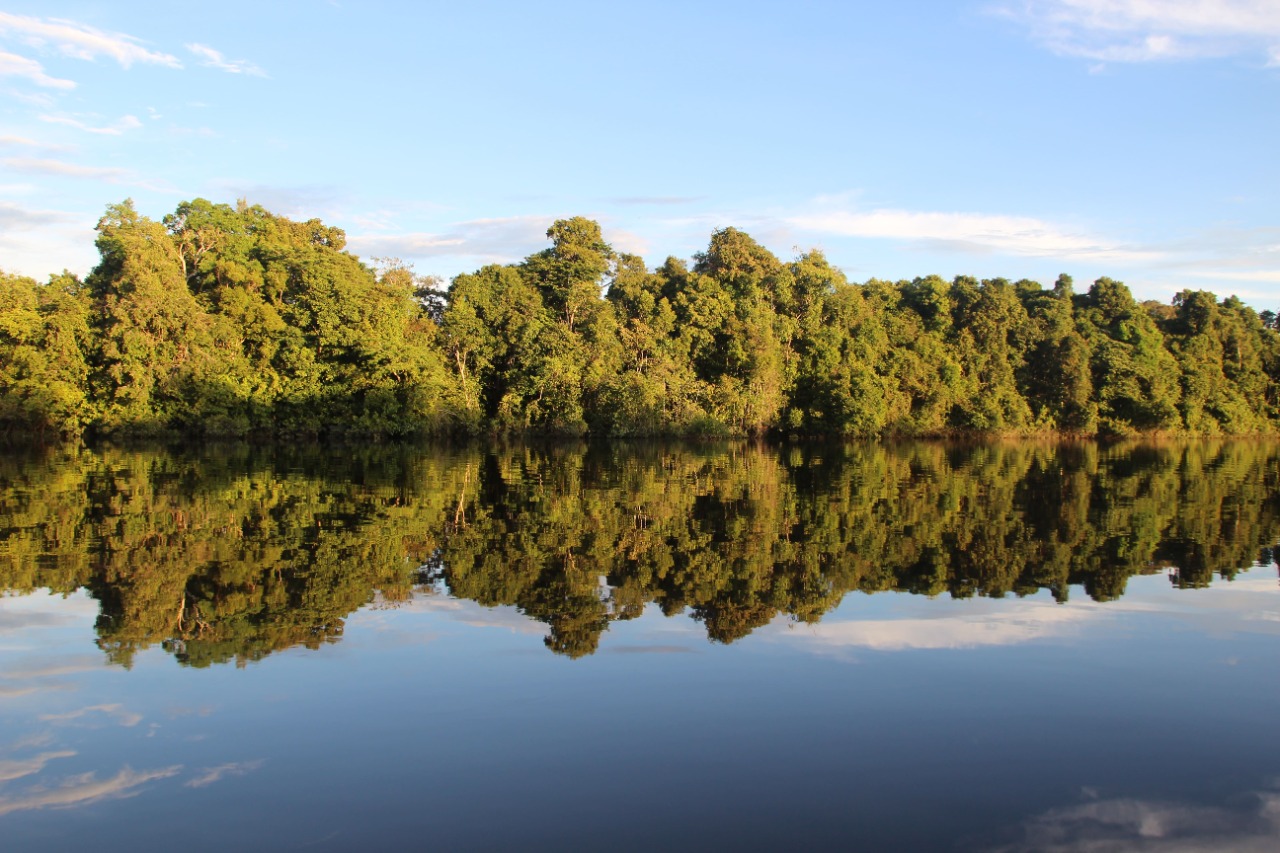 Despite this, multiple and complex dynamics associated with a predatory vision of the development of nature accelerate the degradation of its ecosystems and the loss of its biodiversity. The transformation of land use that accompanies these dynamics is the main reason why the Amazon has the highest rate of deforestation in the country. According to figures from the Foundation for Conservation and Sustainable Development, in the last 5 years, the country lost 1 million hectares of forests and more than 60% of this loss occurred in the Amazon. The data corroborate the call to put the magnifying glass in this region urgently, not only because of the effects associated with the degradation of forests and the destruction of ecosystems but also because of the conflicts and phenomena that these dynamics generate: land grabbing, conflicts over land tenure and conflicts over land use linked to extractivism, the expansion of agribusiness, extensive cattle ranching and the development of illegal activities.

Any vision of development that ignores these threats and that favors or encourages these forms of relationship with nature will be contributing to what the Scientific Panel for the Amazon calls a point of no return. At this point, much of the tropical forest would become savannah. Serious? Water cycles would collapse, global warming would accelerate and biodiversity loss would increase irreversibly. Furthermore, any vision of development that ignores the mandate of the indigenous peoples and local communities that not only inhabit the Amazon but also govern, manage and order their territories based on their knowledge systems, will contribute to the weakening of the conditions that make life possible.

What the next government of Colombia will find is an Amazon in which threats and opportunities are expressed differently. The greatest risk of ecosystem fragmentation is found in the northwestern Amazon, in the departments of Caquetá, Guaviare, and Meta, where rates of deforestation and forest degradation are increasing. In the case of the eastern Amazon -Amazonas, Vaupés, and Guainía- the threats are related to activities such as illegal mining or the interests of multinationals to exploit minerals (niobium, vanadium, zirconium, tantalum, and gold). Despite this, 95.2% of the forests of the eastern Amazon, which cover nearly 10.1 million hectares, remain standing. What explains this high degree of conservation is that they are Indigenous Territories governed through ancestral knowledge, practices, and forms of interaction with nature that have maintained the physical and cultural integrity of the region.

It has been these forms of self-government and land management that have guaranteed the preservation of life. According to The Nature Conservancy (TNC), the creation of own agreements and the creation of its own agreements and management plans with local communities has improved the management of more than 116,000 ha that correspond to 16 indigenous territories in the Amazon. Therefore, to the question of how to protect biodiversity in the Amazon, it is the indigenous peoples and local communities who can provide the best answers. It is time to listen and understand their forms of self-government, taking seriously what their practices and knowledge systems can contribute to generating solutions to environmental challenges.

The crises that we now call environmental go beyond the environmental agenda. The incoming government will find itself faced with a climate emergency scenario and a growing biodiversity crisis that affects spheres such as the economy, health, food security, water, and the well-being of entire populations that depend on a healthy environment to live. Guaranteeing the protection of life requires understanding, recognizing, and strengthening local solutions that for decades have proven to be pertinent and efficient strategies for conservation.

*Listen to the Amazon is an initiative that seeks to mobilize civil society and political actors to ensure the protection of the Amazon. It is made up of: the Gaia Amazonas Foundation, the Organization of the Indigenous Peoples of the Colombian Amazon (OPIAC), the Foundation for Conservation and Sustainable Development (FCDS), the Interreligious Initiative for Tropical Forests (IRI-Colombia), WWF Colombia, the Etnollano Foundation, Environment and Society, The Nature Conservancy and Greenpeace Colombia.

We have constitutional recognition as authorities public of a special nature, we are subjects and political actors who constitute and we are part of the Colombian State.